Hermeticism, even thought not a qualified religion as such can be found mentioned on The Evolutionary Tree of Religion, while Hermetica itself is not mentioned it is shown as a dotted line connecting it to Egyptian beliefs.

The Evolutionary Tree of Religion 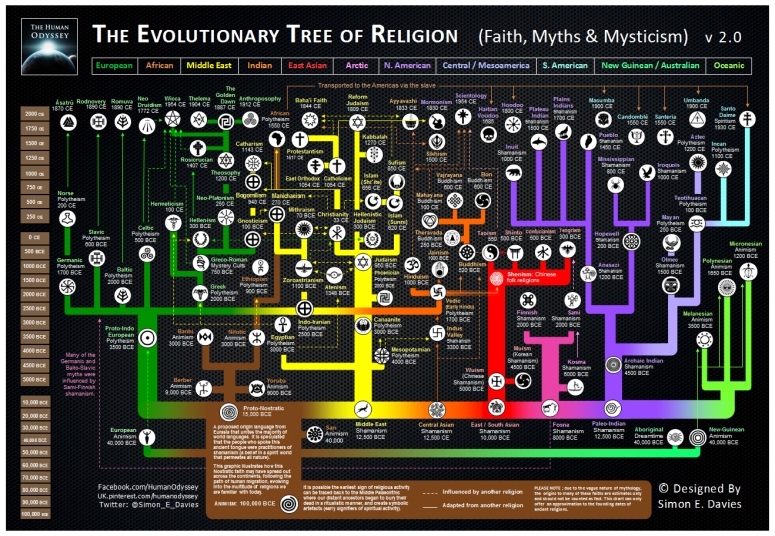 Hermetica and Hermeticism are neither Myth nor Religion and again it makes sense to me why they would not feature on The Evolutionary Tree of Myth & Religion.

The World Religions Tree is an awesome work that was apparently sponsored by The 40 Foundation and prepared by some pretty awesome people at Funk & Consulting if I understand correctly. 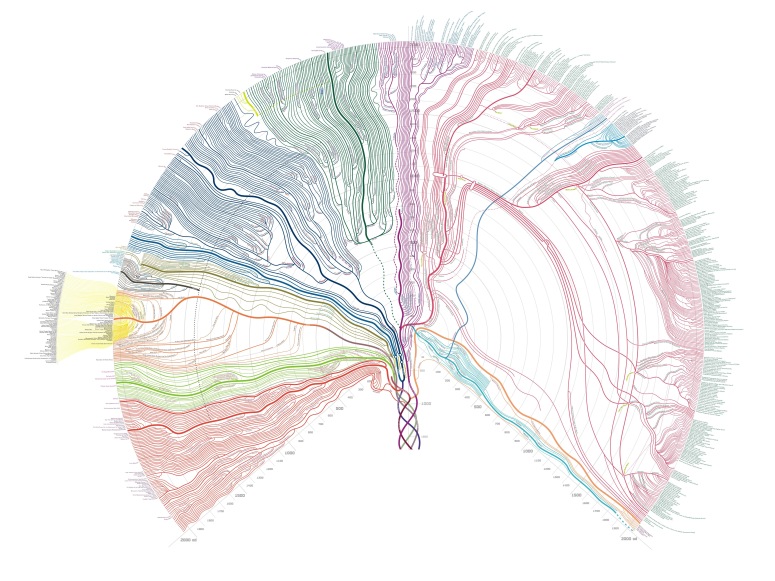 I found the line connecting Gnosticism and Hermeticism rather interesting, I cannot say that I agree with Hermeticism branching from Gnosticism I think it is possibly the other way around.  It has no branching off until the 1400 with Rosicrucianism and then 1800 for The Golden Dawn, the closest other is Zoroastrianism which has the earliest branching off in 400, 900, 1800 and 1900.  It stands alone and singular in this regard.

This site uses Akismet to reduce spam. Learn how your comment data is processed.